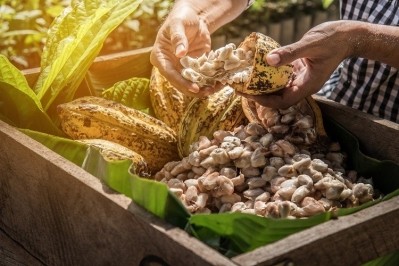 How is Mars promoting living incomes for cocoa smallholders?

Mars Inc hopes to make a positive contribution to the livelihoods of smallholder cocoa farmers. The chocolate giant is trialling two new programmes that aim to address some of the structural issues that stand in the way of living incomes in cocoa. FoodNavigator... 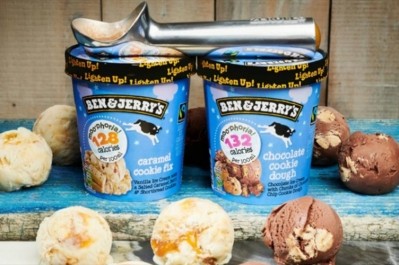 Unilever said it is setting a new annual global sales target of €1bn ($1.18bn) from plant-based dairy and meat alternatives, within the next five to seven years.

Strategies for confectionery makers to absorb rocketing price rises
are essential as cocoa prices crash through the $3000 barrier, with
demand outstripping supplies and pulling the stocks-to-grindings
ratio to a 22-year low.

Quality and supplies for the key ingredient in chocolate - cocoa -
may gain from a new project that sees Mars link up with the US
goverment and IBM to unlock the cocoa genome.

High costs for cocoa to prevail on stock shortfall

High prices for cocoa manufacturers will prevail as an investment
bank predicts a third successive global cocoa deficit in 2008/09.

The International Cocoa Organisation (ICCO) monthly review of the
cocoa market suggests that a decline of the monthly average ICCO
daily price in April compared to the previous month could be
misleading as far as futures markets are...

While most consumers agree that ethically-sourced cocoa is no bad
thing, an ever increasing number of different schemes risks
muddying the issue and puzzling chocolate fans.

A panel of experts recommend that more countries be
recognised as fine or flavour cocoa producing countries in order to
provide new opportunities for trade.

Vietnam looks set to become one of Asia's primary cocoa producers,
with the government pledging to invest 40 billion
dong (€1.8m) in the country's burgeoning cocoa trade, according to
local news reports.

Cocoa demand on the up

Demand for cocoa is on the up, registering compound growth of 2.7
per cent over the next three years, and most of it will come
from Africa, according to a new report.

Indonesia is expecting an increase in the country's cocoa
production, despite recent poor crops, according to local news
media.

A UK-based pressure group campaign against companies
that buy cocoa from the Ivory Coast has accused
the industry of funding conflict and civil unrest.

A bar of chocolate a day might keep the dentist away, according to
new research into the cavity-fighting properties of cocoa.

US based cocoa producer Cargill has developed a new method of
processing cocoa which allows for reduced fat content and greater
dispersibility in cocoa powder.

Chocolate giant Mars has filed a lawsuit against Natraceutical,
alleging that the Spanish company is infringing its patents on
polyphenol-rich cocoa extracts by selling CocoanOX extracts in the
United States.

The anticipated drop in cocoa production this year has prompted US
flavor firm David Michael to renew a marketing push for its line of
cocoa extenders, which claim to help manufacturers cut costs.

The International Cocoa Organisation (ICCO) has published its first
cocoa forecast for 2006/07 in which global supply is expected to
dip.

Barry Callebaut has produced a new website entirely devoted to
promoting the nutritional benefits of cocoa in an effort to
counteract the increasingly unhealthy image of chocolate products
and their unpopularity in a health-conscious...

The International Cocoa Organisation (ICCO) has revised its gloomy
cocoa estimate of a 5,000 tonne deficit to predict a global surplus
of 80,000 tonnes of cocoa in the coming year, assuring
manufacturers of a steady supply.

Cargill is to build a state-of-the-art cocoa processing facility in
Ghana, West Africa, to produce cocoa liquor, butter and powder.

Unprocessed cocoa reduces the risks of cancer and cardiovascular
disease, according to a study by Harvard Medical School and Mars.

A cure for cocoa?

The discovery of factors that help the cacao plant resist diseases
could eventually lead to a price drop for cocoa, scientists claim.

Cocoa prices will continue to climb next year as a steady growth in
consumer demand is met with somewhat erratic production levels.

Cocoa prices have leapt in London, driven by fears that instability
in Ivory Coast, that produces some 40 per cent of global crops,
could impact supplies.