Beverage market to return to 2008 levels in two years - Krones

Leading beverage filling and packaging technology company Krones reported a number of drink makers signing on the dotted line at German trade show Brau Beviale last week, and we caught up with executive chairman of the board, Volker Kroneseder, to get...

Europe’s food and drink sector is lagging behind the competition because of investments in R&D have stagnated since 2006, warns the CIAA.

Emerging markets will be the target for continued growth Danone announced yesterday, as Asian markets contributed significantly to the company’s 15 per cent growth. 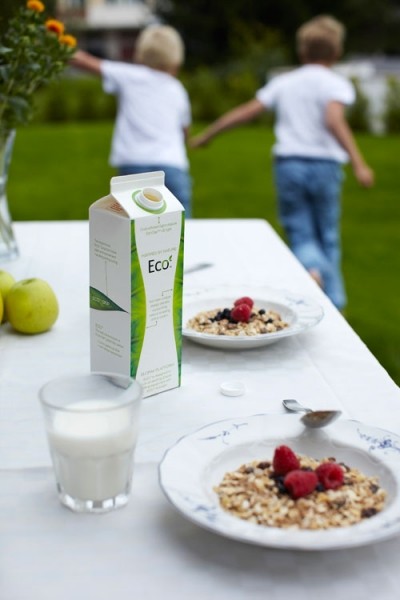 Sales of robots to UK food manufacturers beat those to every other sector in 2009 for the first time, according to British Automation and Robotics Association (BARA) records.

The functional foods industry in France is booming, according to a
report from Invest In France that claims the sector attracted 7 per
cent of all new foreign investment projects in the country between
2002 and 2007.

Tate & Lyle has reported an 11 per cent drop in pre-tax profits
to £244m (c €307.3m) for full year 2008, a result of troubles in
international sugar trading and inclement exchange rates.

Ball Packaging Europe is to build a new production plant in India
to tap growing demand in the country for its two-piece beverage
cans.

China remains the number one location in which manufacturers plan
to expand their operations, according to a new study by service
consultants, Deloitte & Touche.

A new dryer has been designed to use less energy and compressed air
than existing products on the market, its manufacturer claims.

San Miguel to focus on growth

San Miguel's chief executive reassured investors on Tuesday by
outlining its plans to concentrate on growing sales and sustaining
profits over the coming years.

Nestlé has finalised arrangements for a new fund that will invest
in food companies producing for the health, well-being and
nutrition sectors, as part of the group's drive to stay on top of
consumer health trends.

As food ingredients suppliers take a stake in the burgeoning
Chinese market new figures released by the United Nations confirm
foreign direct investment (FDI) inflows to Asia and the Pacific
rose by a massive 55 per cent in 2004 on...

Management at the Royal Schouten group, parent of soy ingredients
business Acatris, has increased its share in the company under a
new shareholder structure designed to allow it to move more easily
on strategic developments, such...

Croatian food company Agrokor has said that it is readying to
invest €45 million into the production of ice cream at its Serbian
subsidiary Frikom.

Things just keep going from bad to worse for Parmalat. Just a week
after it escaped defaulting on a bond repayment by the skin of its
teeth, and with barely enough time for new chairman and turnaround
expert Enrico Bondi to warm his...

Campina has faith in Russia

Campina is expecting big things from its operations in Russia after
installing a third production line at its facility at Stupino.

Rhodia is to sell its UK-based brewing and enzymes businesses to US
biotech company Genencor International in a bid to focus on food
additives.