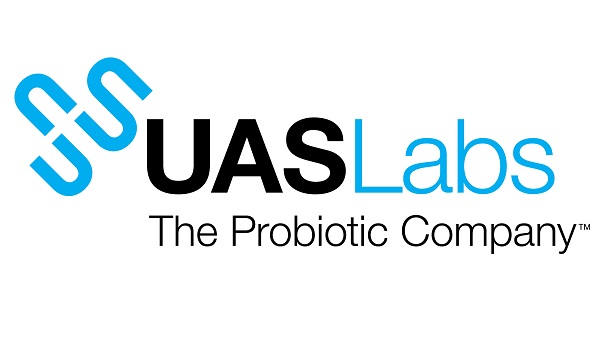 Dairy products are the cornerstone of the probiotic market. Probiotic yogurts and dairy drinks have brought the concept of supporting health using bacteria to the mainstream and underpin a market worth tens of billions of dollars. Yet functional dairy products are still a long way from fulfilling their potential. Now, the development of benefit-specific strains supported by clinical trial data is opening up new roles for dairy products in the management of health and wellbeing.

Market conditions and consumer sentiments suggest there is scope for the probiotic dairy product market to grow larger still. People in major markets currently consume relatively small amounts of dairy products. For example, on a per capita basis people in the United States consume one-third as much yogurt as those who live in the Netherlands, according to Datamonitor.

This capacity to grow dairy consumption is complemented by the latent demand for probiotic dairy products. Global market research company Canadean found 45% of people are interested in improving the health of their digestive systems by consuming food and beverages. A further 40% of people are interested in such health-promoting products but are yet to buy them. Interest in promoting health outcomes beyond the digestive system is tipped to grow too as consumers become more aware of links between the microbiome and other aspects of wellbeing.

Dairy processors interested in developing such products now have access to benefit-specific probiotics supported by data from gold-standard clinical trials and other studies that are aimed at supporting health beyond the digestive system.

Lactobacillus reuteri NCIMB 30242 (LRC) is a prime example of a benefit-specific probiotic that has been through extensive testing. The strain emerged from a rigorous search by Micropharma for bacteria with elevated bile salt hydrolase activity. This bile salt hydrolase enzyme was singled out because of its role in the normal metabolism of cholesterol.

Micropharma screened hundreds of strains in search of a bacteria that met its criteria, leading it to focus in on LRC and take it through an optimization and testing process. UAS Labs — The Probiotic Company — acquired Micropharma in 2014 and continued to invest in development of LRC to show its efficacy and suitability for formulation into foods and beverages, including dairy products.

Dairy applications have been central to plans for LRC since day one. The first of two randomized controlled clinical trials that form the backbone of the evidence supporting the use of LRC featured a yogurt formulation.1

That trial enrolled 114 people at multiple trial sites and randomized them to receive either yogurts containing microencapsulated LRC or placebo yogurts. Subjects underwent a two-week washout and two-week run-in followed by six weeks of eating the yogurt twice a day. Investigators monitored levels of low-density lipoprotein (LDL) cholesterol and other biomarkers of cardiac health.

Levels of LDL, also known as bad cholesterol, were supported at healthy levels in the LRC cohort as compared to the placebo arm. The study also generated encouraging data on the effect of LRC in supporting healthy levels of total cholesterol, non-high-density lipoprotein (non-HDL) cholesterol and apolipoprotein B (ApoB). Data from a second clinical trial that gave LRC capsules or placebos to 127 subjects support the findings of the yogurt study.2

Collectively, the data from the two randomized controlled clinical trials suggest LRC can help the body realize its natural ability to help maintain cholesterol levels already within the normal range. On the strength of these data, LRC has established itself as the preferred probiotic of cardiologists, according to survey responses provided by more than 200 board-certified cardiologists in 2015.

Comparisons of data from the two clinical trials suggest LRC has similar effects when formulated in a yogurt or freeze-dried for use in capsules. This is critical to the case for using LRC in functional dairy products.

The process of growing, concentrating and freeze-drying bacteria for consumption in capsules is relatively simple and free from complicating external factors. Formulating bacteria into functional foods and beverages is more challenging. The food or beverage can affect the viability and efficacy of the bacteria, which, in turn, can alter the taste, appearance, texture and shelf life of the food or beverage. Either outcome can render a product commercially unviable.

Supportive data from the clinical trial of the yogurt formulation suggested LRC could be effective when formulated into dairy products, eliminating one potential barrier to its use in such functional foods. Subsequent studies have also shown LRC-loaded yogurts and other dairy products can also meet the needs of consumers, manufacturers, distributors and retailers.

Formulation studies showed it is practical to incorporate LRC into a yogurt either when the starter culture is added or once the milk has been through this initial fermentation process. This provides formulators with flexibility. Some formulators like to add probiotics alongside their starter cultures. The probiotic then grows with the yogurt, enabling formulators to add less of the strain initially. Other formulators prefer to add the probiotic later. LRC is suitable for use in both approaches.

The strain also came through tests of its hardiness when on the store shelf and in the body. Levels of some probiotic strains decline over the shelf life of a dairy product, meaning consumers may receive insufficient doses. Tests of LRC-enhanced yogurts kept in real-world conditions show the strain is free from this problem. Levels of LRC were well maintained throughout the shelf life of the yogurt.

Micropharma and UAS Labs generated data on the safety, efficacy and commercial viability of LRC in dairy products to support use of the heart health strain in such functional foods. Having built up evidence to support this use case, UAS Labs is now seeking to work with dairy companies to create heart healthy products.

UAS Labs will bring more than just the LRC strain to these collaborations. The company has focused solely on probiotics ever since it opened its doors in 1979 and in recent years has invested in its manufacturing and R&D capabilities, giving it a mix of experience and expertise that could prove useful in the development and commercialization of LRC-enhanced dairy products.

In partnership with dairy companies, UAS Labs now wants to apply these capabilities and the fruits of its investment in LRC to create heart healthy functional foods.