Ornua is building routes to market for its powdered Irish milk and as the latest step, the company has opened a new Kerrygold packaging facility in Nigeria.

The country's population is predicted to reach 413m by 2050, overtaking the US to become the world's third largest population.

Ornua, Ireland’s largest dairy product exporter and owner of Kerrygold, said Irish milk powder will be exported to Lagos, Nigeria, before being packaged and marketed as a Kerrygold product.

This powder will be sold in small sachets, pouches or tins via small distributors, according to the company.

The new facility, opened earlier this month, is a joint venture with distribution and packing partners Fareast Mercantile Company Limited.

Jeanne Kelly, head of corporate communications at Ornua, told DairyReporter that the powder will be used for products exclusively in Nigeria. The new facility is an important step in building “sustainable routes”​ to market for these products, as it will give Ornua and Kerrygold a stronger African foothold.

Africa has been a core market for Kerrygold for year and holds “massive promise in the future”​ as the population grows in wealth and size. The company opened its African headquarters in Port Elizabeth in 2013 and has been expanding across the continent since.

“Ornua sees great potential to grow the Kerrygold brand in Nigeria; as the largest economy in Africa, it is also a young, vibrant country with a 3% annual growth rate and a population projected to reach 200m by 2020 (currently 177m),”​ she said. “Nigeria also has a rising middle class - and we know there is a direct correlation between the increase in the rising middle class and protein consumption.”​

Nigeria is already one of the top three importers of powdered milk in Africa and the largest importer of full-fat milk, Kelly said, with approximately 166,000 tons of milk powder products in 2014 at a retail market value of €455m ($500.1m USD).

Kelly said there is currently a team of African nationals and Irish expatriates overseeing a team of 250 in multiple markets such as Algeria, Angola and Malawi as well. By working alongside local partners, consumers and distributors, the company is developing a deeper understanding the markets, along with its challenges and opportunities.

“Our teams on the ground then feed that back into Consumer Insight, Innovation and Commercial teams here in Ireland, where they can react quickly to the markets’ needs - be it tailoring a product to meet local tastes or getting customised powdered ingredients on the seas to meet a customer’s urgent requirement,”​ she said.

Each individual African market has its own packing facility where powder is packed into consumer sachets and retail packs. This allows Ornua to “respond quickly to changes in pack size and pricing – something that is impossible to do unless you are in market,”​ Kelly said.

With 95% of consumer purchases in African regions bought in open markets or small shops, a fragmented network is created that needs to be managed from within the country.

“That is why we have invested in placing our people in-market.  Distribution is the name of the game,”​ Kelly said.

Further expansion and growth for Ornua​

Ornua has a long history of trade in Africa, with 50 years of trading. In 2014, as the No. 1 seller of imported butter in South Africa, the company saw €130 million in sales ($142.9m USD). But the company is also looking beyond Africa, seeking new, high-value outlets for its Irish dairy products in the US, Saudi Arabia and Spain, among other markets.

Kelly said the company currently exports to 110 countries with more than €2bn per sales ($2.2bn USD) in 2014. They also continue to invest in Irish operations, with a new butter processing plant in Mitchelstown, Co. Cork that will produce 50,000 tons of butter per year.

“All of these investments are being made to secure long-term returns which will be for the benefit of our member’s dairy farmers,”​ Kelly said.

“It is our firm belief at the Ornua that these developments will provide the right outlets for Irish dairy products, and will generate strong and sustainable returns, so that Irish farmers can be confident that their efficiently produced, high-quality milk will find a home on international markets.”​

We’ve got the blues. And purples. And greens. 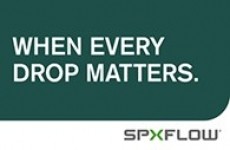 Discover How You Can Save More of Your Valuable Product

Beneﬁt from our plant-based dairy expertise.

Are you looking to elevate your work in plant-based dairy? ADM is ready to help with a full ingredient pantry and advanced formulation expertise to meet...