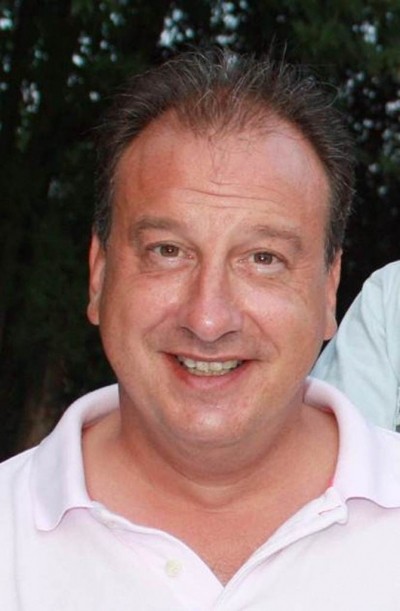 In this month’s Career Insider, we get a taste of beverage development at a leading dairy ingredients company. It’s more than just a creative “fuzzy front end”…

All the conditions set by the European Commission for the merger of Friesland Foods and Campina have been approved.

This week, Campina invests in its German liquid milk operations,
Emmi sells off its stake in cheese group Baer and Fonterra
increases its predicted member payout for the current season.

Campina to step up focus on low fat dairy

Dairy company Campina said it will increase investments into
products geared towards the growing health and wellbeing trend on
the back of significant success of its low fat products in 2007.

Friesland Foods and Campina revealed today that exploratory talks
are underway to merge into a global dairy giant - and
Campina CEO Justin Sanders is standing down "to give the
talks more chance for success".

Dutch dairy co-operative Campina has said it will close one factory
and sell off another in order to free up more funds for added value
cheese and milk, two sectors set to grow strongly in the EU.

Campina plots US expansion with Vitalus

Dutch dairy firm Campina is aiming to reach critical mass in its
penetration of the North American functional and nutritional
ingredients sector, entering into a joint venture with Canada-based
Vitalus.

Food firms are increasingly targeting the UKs value-added milk
sector as they re-align their businesses and move away from
commodity products, says a new report.

Dutch dairy co-operative Campina has got clearance from Russian
authorities to expand its dairy drinks production in Moscow as
demand for fresh dairy soars.

Dutch dairy giant Campina has clearance to call its new milk
derivative product Valess a 'meat alternative' but must provide
more nutritional information about the recipe on its website, a
Dutch court rules, reports Lindsey...

Arla Foods and Campina, two of Europe's largest dairy
co-operatives, have abandoned their much-hyped plans to merge,
after failing to secure the confidence of their respective boards,
Tom Armitage reports.

Campina, the Dutch dairy co-operative, yesterday informed its
member-farmers that the date of a crucial vote determining whether
it will merge with Arla Foods has been pushed back, to allow both
groups more time to reconsider "unresolved...

Campina food scientists link up with Wageningen for dairy innovation

As the European dairy market sees some areas close to saturation,
investing in innovation will play a key role in facing off the
competition and broadening market share, writes Lindsey
Partos.

Vinamilk, the state-owned Vietnamese dairy group, is to form a
joint venture with Dutch counterpart Campina which will see the
latter group step up its investments in an Asia region turning
increasingly to dairy products, writes Chris...

Dutch dairy co-operative Campina claims that its annual results are
"in line with expectations", despite slashing its milk price
payout to member-farmers and registering a decrease in turnover for
the fourth year running,...

Committee members of Danish-Swedish dairy co-operative Arla Foods
have voiced concerns over a financial technicality which could
throw its approaching merger with Campina into disarray, Tom
Armitage reports.

New meat alternative on market has roots in low-fat milk

Campina, the Dutch dairy co-operative, has announced it is to focus
investment across its milk, yoghurt and dairy-based dessert
divisions in 2005, a move which will allow it to penetrate the
burgeoning trend for branded dairy products...

Dutch dairy firm Campina will pull out of dairy processing and
distribution in Poland to focus on the emerging Polish market for
branded, consumer products, reports Chris Mercer.

Campina, the Dutch dairy co-operative, has blamed the strong Euro
and Europe-wide milk price instability in forcing it to lower its
milk prices, Tom Armitage reports.

Campina, the Dutch dairy company, says that innovation and the
sustained demand for healthy dairy products helped it regain its
footing in the Dutch liquid milk sector. Tom Armitage
reports.

Campina, the international co-operative dairy company, has revealed
how it plans to expand sales of its dairy-based beverages arm -
with the introduction of a uniform line of bottle packaging.

Campina has faith in Russia

Campina is expecting big things from its operations in Russia after
installing a third production line at its facility at Stupino.

Back to basics pays off for Campina

Focusing on improving quality rather than lifting sales has paid
off for Dutch dairy group Campina, which has seen a solid
improvement in sales for its core brands despite volatile
international dairy markets.

Dutch dairy group Campina has announced the acquisition of
Germany's Strothmann company, a move which will increase Campina's
presence in one of the most important dairy markets in Europe.

Campina, the international dairy food and ingredients group, is
mulling a formal co-operation with German company Strothmann in a
bid to increase its presence in the dairy dessert sector.

Campina adds Superlife flavoured milk to its Yazoo range, giving it
a strong position in the important foodservice sector in the UK.

The InterMopro dairy show in Duesseldorf this week was the ideal
platform for Dutch dairy group to showcase a number of new products
destined for the German market. The company is also planning to
quicken the pace of the introduction...

The high cost of labour in the Netherlands has prompted dairy group
Campina to close down one production facility and transfer
production to other sites, including one in Germany where the costs
are much lower.